A short while ago Søren Granfeldt released a new version of his fantastic PowerShell MA. One of the nice things is that it now supports sending error messages back to the MA. I implemented it this week, for Home Folder management, at a customer and this resulted in a new example script I wanted to share with you all.

The new example script can be downloaded here: PSMA.4.5.HomeFolder.Example. This sample script is based on using the “old” CSEntryChange object, rather then configuring it to use the new feature in this MA allowing you to Export simple objects, that will use PSCustomObject instead.

The Global Parameters for the MA this script is used in, is set as in the picture below. 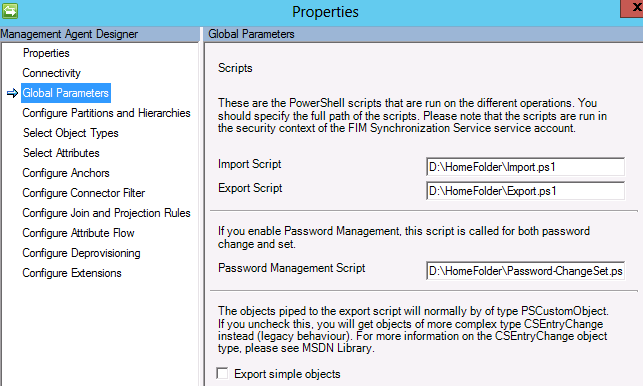